Hi there, crafty friends! Wow, it's been a while since my last post here. I guess getting back to work definitely affects my passion for card making. And while I'm still waiting for the muse to deliver some inspiration, I would like to share one of my latest birthday cards made for a friend. As always, lots of bright colors to cheer everyone up:)
And now, without further ado, let's get right to the card: 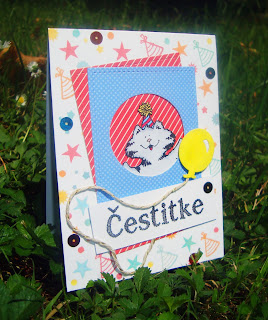 Good evening, everyone! Firstly, I apologize that my last post was a whole week ago. Life just seems to get in the way of crafting sometimes and time has just flown by without finding a window to create anything. While I was not crafting though I did order a bunch of new craft supplies, mostly stamp sets and embellishments & I can't wait to share what I do with them! Today I would like to show you a very bright and cheerful birthday card which was inspired by the current challenge over at mavelu.com. Since I'm a big fan of this store I couldn't but participate in it. And here is what I came up with: 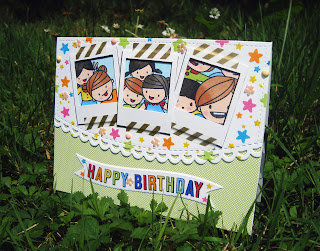 Hope you've enjoyed today's card! Have a great day and thanks so much for stopping by!

Reach For The Sky

Hi there everyone! Today I have a lovely CAS card to share with you. I guess I got totally carried away by the summer theme and just can't stop including the sun into my cards. Well, as you might have guessed, this card hasn't become an exception:) Inspired by the current challenge over at My-Scrap.Ru (this time their guest is a very talented cardmaker Gayatri Murali) I decided to try to create a card based on the following sketch:

Honestly, I've been in doubt of what might come out of this since I'm not a big fan of all these sketch based challenges. I decided to nevertheless give it a shot and, to tell you the truth, I liked how everything worked out in the end. And now here is what I came up with: 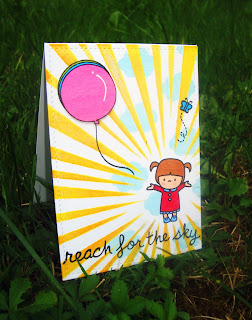 Hope you've enjoyed today's card! Have a great day and thanks so much for stopping by! 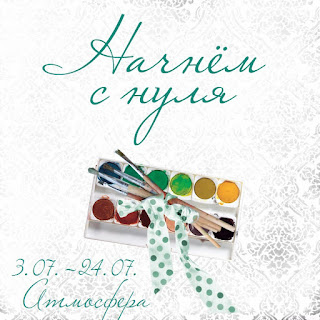 For My Sweet Little Boy

Good evening, crafty friends! Hope you're doing well. Today I have a lovely birthday card to share with you. To be honest, this card means a lot to me. First of all, it's been created for my little baby boy who is soon turning one. Second of all, I finally was brave enough to get all my favorite Distress Inks together and create a rainbow sentiment with their help. Last but not least, I had a chance to use and combine 3 of the recently purchased Mama Elephant and Wplus9 stamp sets which I fell in love with at first sight (Aren't they just adorable?). And now, without further ado, let's get right to the card: 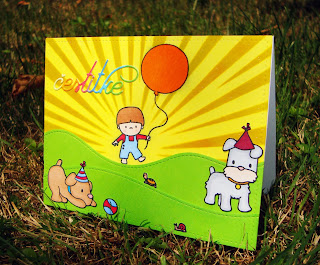 I hope you've liked today's card as much as I do.
Have a great day and thanks so much for stopping by!

Hi everyone! I'm so happy you've stopped by today as I have a new CAS card to share with you. Inspired by the current challenge over at Sovushka Slavia (this time their guest is a super talented cardmaker Vanessa Menhorn) I've decided to create a colorful rainbow card. It took me some time to come up with the idea for my card (practically a month!?), but in the end I've managed to put myself together, sit at the table and finally create what I've been planning to for so long. And here is what I came up with: 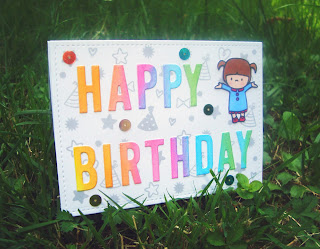 I hope you've enjoyed today's card! Have a great weekend and thanks for stopping by! 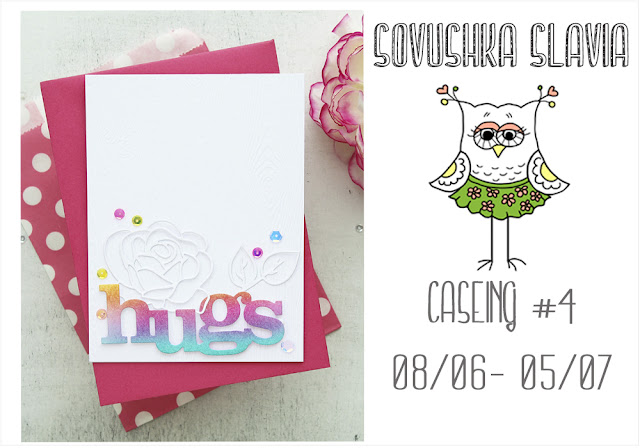 Hi there everyone! My apologies for being a little late with the post for the current challenge over at Eureka Stamps. As they say, better late than never:) So let's get started!
As you already know the theme of this week's challenge is "Red, White, & Blue". Frankly speaking, I don't actually remember what I was intending to create when I first saw this theme. A couple of weeks later I needed to make a card for my hubby for our wedding anniversary. It goes without saying, there had to be hearts. And since hearts were supposed to be red and there would definitely be some white color on the card as well, I simply decided to add some blue to it as well and my mission for creating something for Eureka Stamps challenge was accomplished:) And now, without further ado, here is my card to hopefully give you some inspiration: 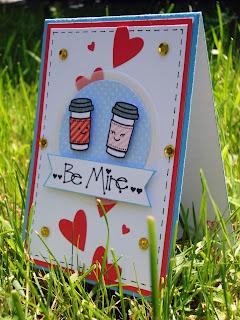 I hope you've enjoyed today's card. Have a great day and thanks for stopping by!

Good morning, crafty friends! Hope you're doing well. I have something different to share with you today! This is my very first post as a part of the DT over at Craftyhazelnut's Patterned Paper Challenge! I'm super excited to be working with Hazel and with my very talented teammates. As you've already noticed it's the first of July - time for another Craftyhazelnut's Patterned Paper Challenge. For my card, I've decided to use Lawn Fawn "Sweater Weather" paper set. I guess I was still under the influence of the latest Lawnscaping Coffee Blog Hop while making the card; at least that explains how the coffee mug ended up on it:) Or ... maybe the words "cozy, weather, and sweater" drew in my head a picture of sitting on a couch and drinking a cup of hot tea/coffee:) And now, without further ado, here is my hard to hopefully give you some inspiration: 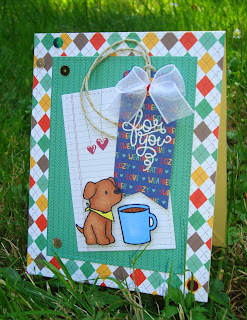 Be sure to visit the blog for lots more inspiration from the design team and get all the challenge details. I hope you'll play along!
Have a great day and thanks a lot for stopping by!